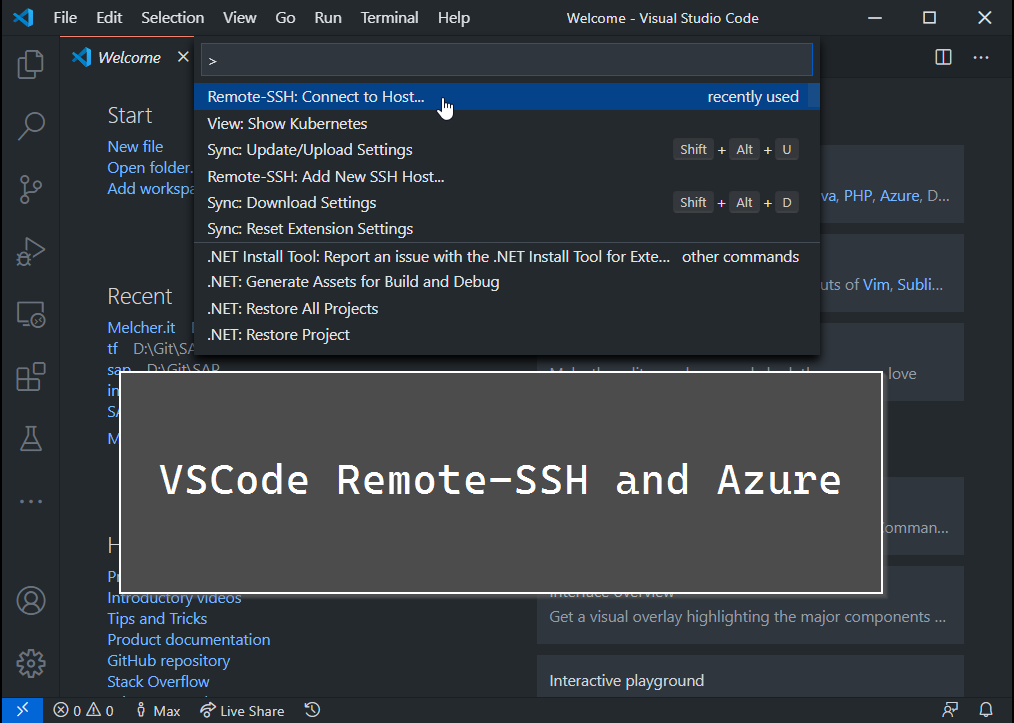 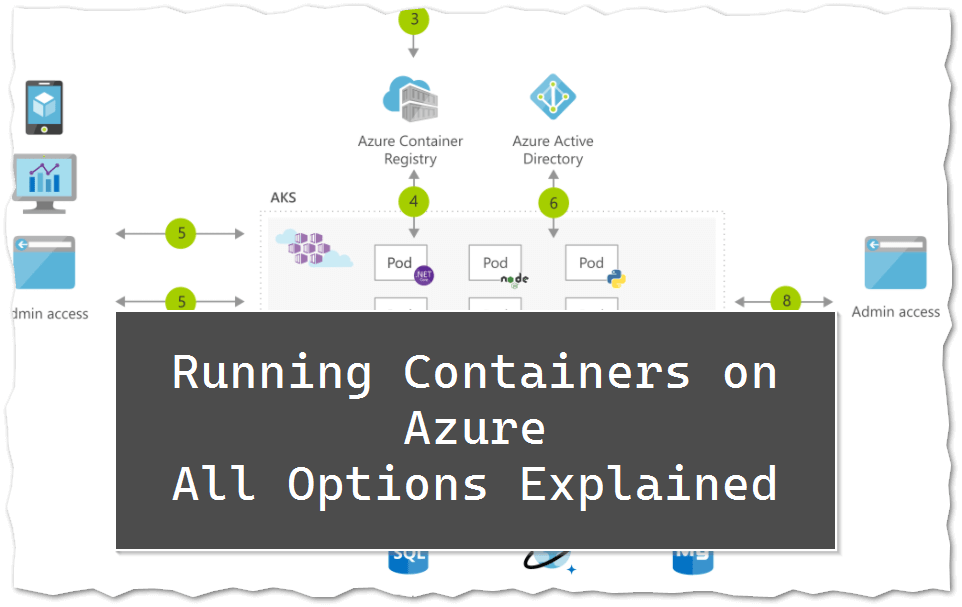 Ignite 2016 is over and we all were updated with tons of new features, announcements and insights in Atlanta - in this post I will try to give you a summary what I learned at SharePoint Conference it Atlanta.

I took that one from the official source because it pretty sums up whats coming:

The next wave of innovations to achieve the SharePoint vision (simple and powerful file sharing, mobile and intelligent intranet, open and connected platform, commitment to security, privacy and compliance) contains the following highlights: 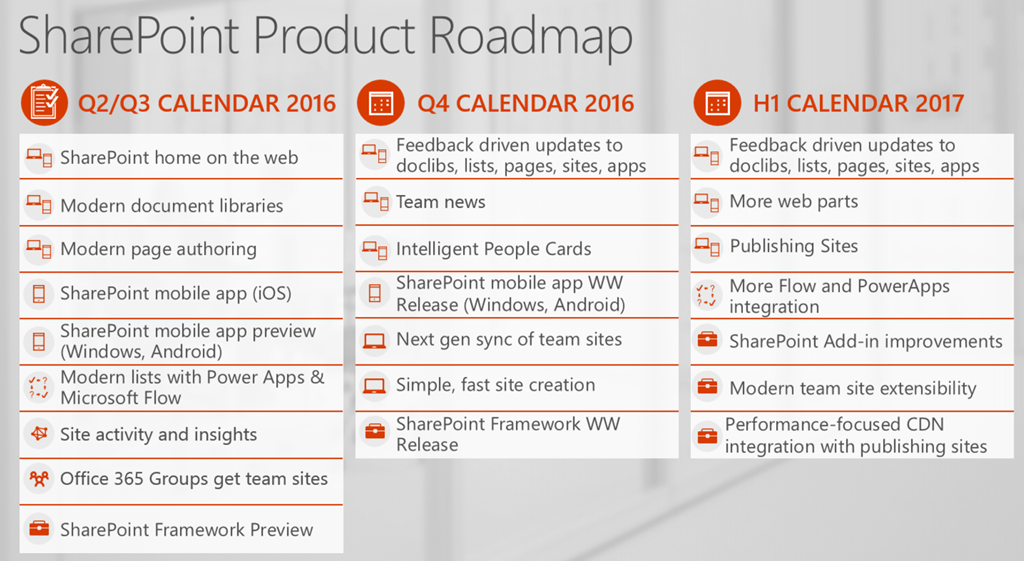 I really recommend you to watch the entire session - some pretty good stuff in it:

In the next month we will see lots of updates to the modern document library experience, modern pages and updates to our beloved teamsites (about time!).

And “modern pages” looks awesome, too. The promise here is that they will render on desktop, mobile browser and in the mobile apps - more on the apps late in this post.

What I really liked is the new people card - more user-centric experience are always great. “Who is that person? What is he doing in the organization and what is he working on?” - cool! 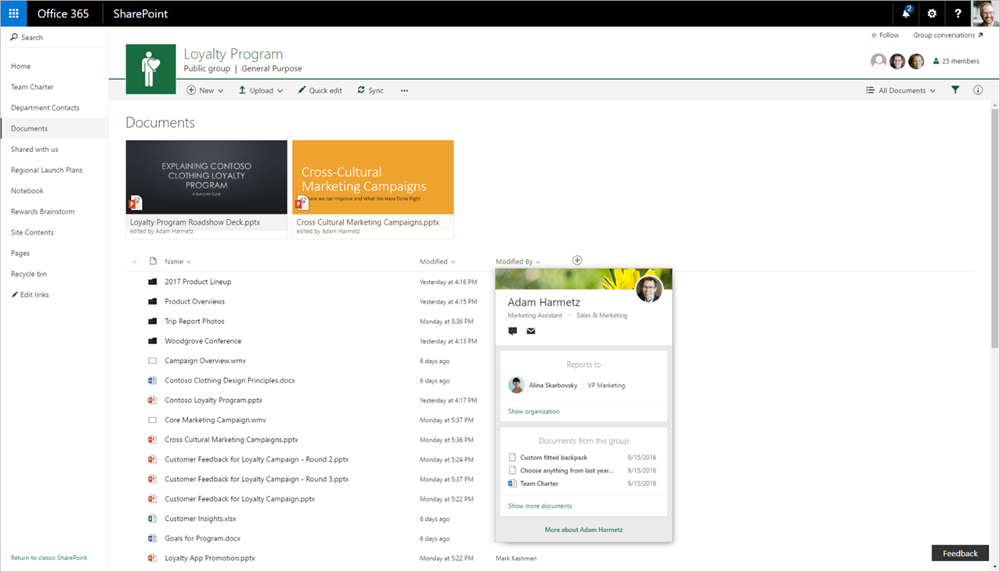 As part of the Office news the following new security and compliance capabilities in Office 365:

And more insights with lots of graphs: 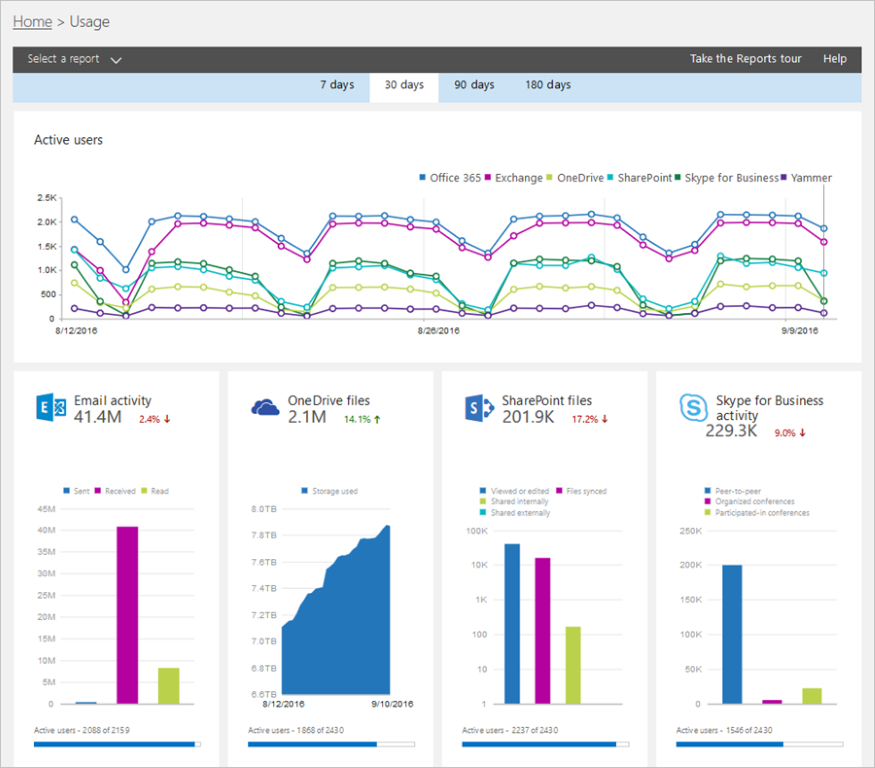 The new version of the Office 365 App Launcher gives you access to these new features:

And in a not so distant future it will list your recent Office documents:

Major updates to OneDrive for Business - as mentioned in this post, OneDrive caused a lot of service requests in the past - but it will massively improve with the coming updates! 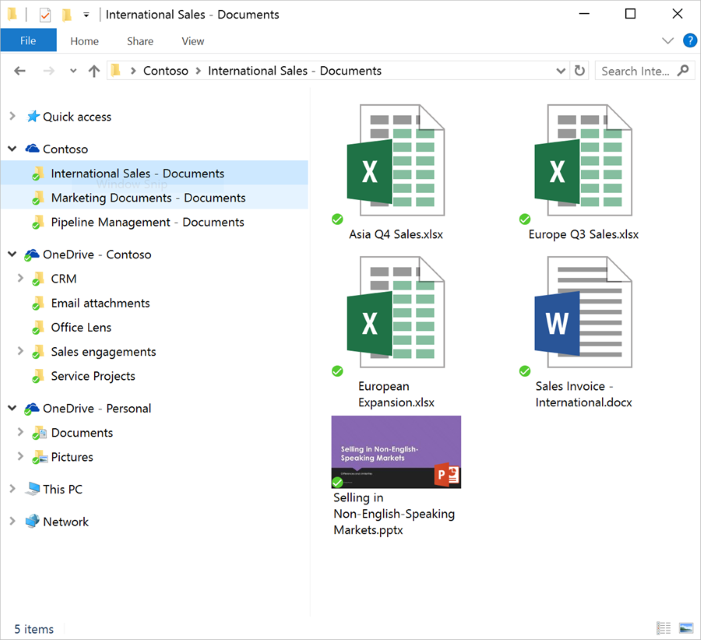 These new features are in the pipeline:

More of that in my “OneDrive for Business - key feature and roadmap” summary.

That’s what excited me the most - whats coming after InfoPath, lots of clients asked me about guidance here. And well, the answer could be PowerApps.

I attended 2 sessions to see whats coming for PowerApps and Flow - and I will soon play with it because there is so much demand in forms and simple workflows. Having the same functionality even in a mobile app will be awesome (try that with InfoPath…).

Flow on the other side looks like the implementation of if this then that / IFTTT - simple workflows are possible here e.g. approval and all that stuff. The power of that come into play when you connect different tools with that (Salesforce, Twitter, Slack, SQL, etc). 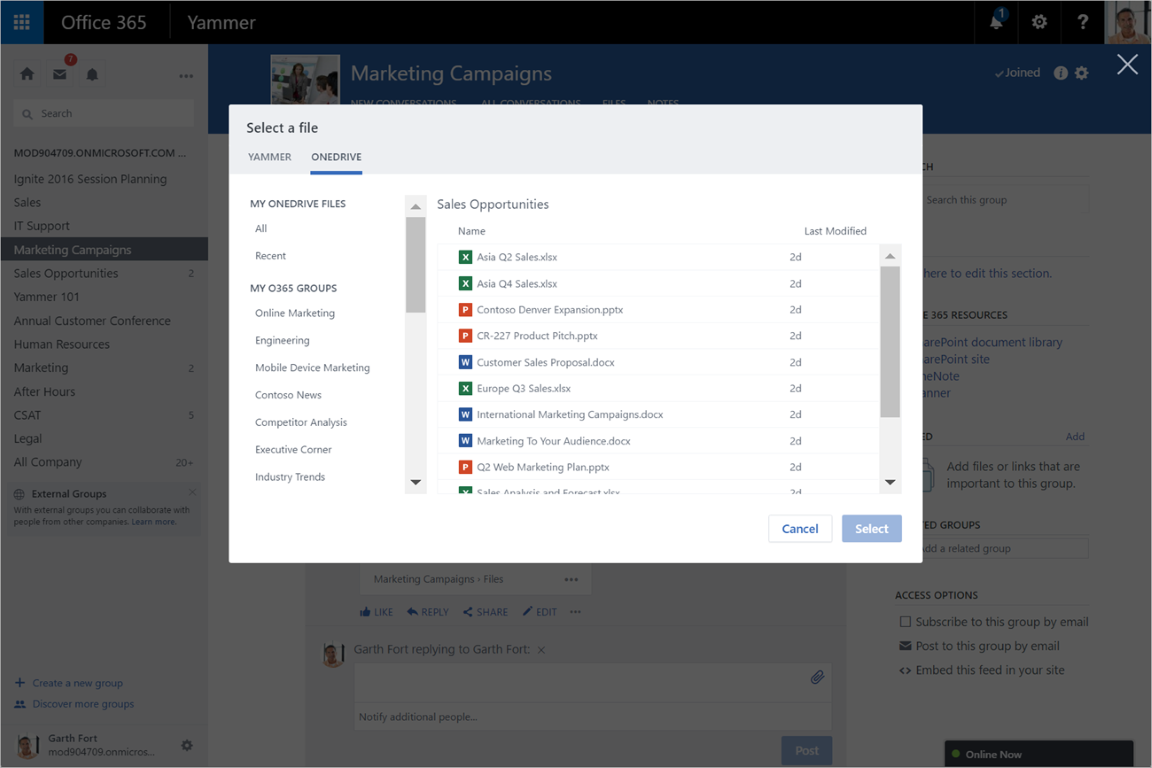 Apparently I could not make it to any SharePoint Framework (SPFx) session at all - the conference was packed with so many good sessions that I had to make compromises. But lots of the Framework was already announced at May, 4th event.

Delve Analytics was renamed to MyAnalytics - the change of the name is already live in my tenant.

The mobile apps got a lot of love recently - and lots is on the roadmap for them. The “intranet in your pocket” with native apps on every platform is a great driver for user adoption.

SharePoint is alive! It was a blast to see how much attention (and love) SharePoint got at the Ignite 2016 - that hasn’t been always the case. The following PowerBI analyzed the hashtags on twitter during the Ignite - #SharePoint clearly ruled. I doubt that it’s because SharePoint people tweet more - the many announcements and huge amount of sessions must be the cause for that:

Microsoft Ignite 2016 delivered so many promising updates to current and planned developments nobody could doubt that SharePoint has a bright future! SharePoint ain’t dead!

If you want to see more about the general roadmap, visit https://fasttrack.microsoft.com/roadmap for more insights.